Inputs: Use a gaze cursor & timer to click. (ray-cast)

Functionality: Be able to click on tiles and that action take the user to a new scene.

I am text block. Click edit button to change this text.

From what I can gather each image is its own FBX model.
The models each have their own materials assigned to it.
The material is a PNG sequence of 50 frames, displaying an animation loop “On Over” (1024x512px – 2:1 Ratio)

The Descriptions use another method,
The are all derived from 1 single transparent TIF image with alpha.
As I am planning to allow a dynamic style menu later this may not be the best option for me. 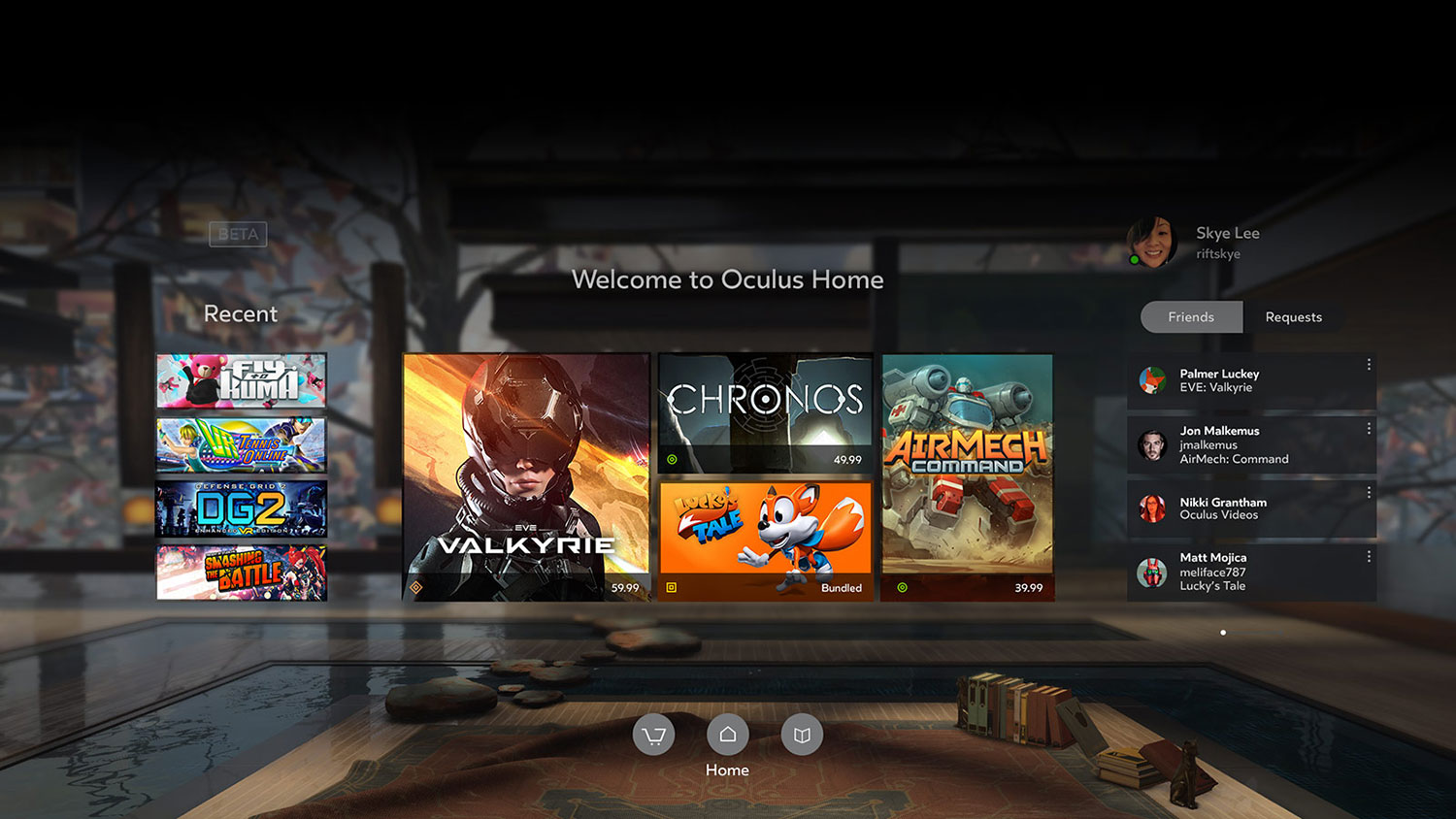 This seems like a good place to start as artwork is generally created in the same size and format.

Use PNG for transparency possibilities.

I built this in photoshop as a placeholder to test my video titles.
Whilst building this I encorporated a few tests.
Colours, Transperency, Aliasing, shading, Black & white edges, Safe Zones, 30 & 60pt Robotto Font

Initially I am going to go with a modified 16:9 version of the VR Samples demo because I have very few items to place in the scene and there is a working example I can reference.

For the final layout I would like to use the Oculus flat style as I believe it looks cleaner and more professional.

If we scale the Y to 1.125 then we achieve the desired results .

I set the other field to the same image as the other menu items “MenuScreenAlpha.tif” after inspecting this in Photoshop I realised that this image seems to just be a white blank image with very small black edge frame on the alpha channel layer (512x256px 72 pix/in) This seems to be used for a transparency matte.

When I added the texture to unity and camared it to the existing texture there were 2 differences 1. the existing images’s compression type is DXT1 & mine is DXT5, the other and more important difference is the existing image uses a trilenear filter mode with a Aniso Level of 16, my image used the default Bilinear and Aniso 1. I changed my settings to match.

Anisotropic filtering level of the texture.

Anisotropic filtering makes textures look better when viewed at a shallow angle, but comes at a performance cost in the graphics hardware. Usually you use it on floor, ground or road textures to make them look better.

When attaching the texture to the material I changed Render Queue to : “transparent”, to match the others

Differences between PNG & TIF with transperancy

2 images output from the same PSD including alpha channel.

The tif seems to be more accurate but produces a slight black edge. Both do work, and can be set as an Alpha mask to their own image in a material.

I am text block. Click edit button to change this text.