In this post, I will discuss the various elements involved in the science fiction genre.

I will begin with my initial definition of the term genre, then follow by defining the science fiction genre in a way that distinguishes it from others.

Later in this post, I will discuss the Sci-Fi genre conventions which form a Science Fiction piece. and finally, I will cover why science fiction appeals to me and relate this to the film TRON Legacy 2010 along with how genre is explained and used in my discipline and what I have learned in this process.

My definition of Genre is a category in which content is assigned. These categories often have subcategories (sub-genres) and are categorised by their style. A genre is generally decided by how the audience perceives the text and then categorised based on the audiences stereotype views. Genres are based upon multiple elements including narrative, setting, techniques used, character types, iconography and themes.

Science Fiction is a genre which stands apart from other in the sense that it typically contains futuristic imaginative concepts. Sci-Fi Concepts often include space travel, time travel, parallel universes, technology, alien life, alternate dimensions or realities. The technology and ideas used are plausible and are usually based upon theories that currently exist. These technologies and ideas are mixed with today’s society to produce a plausible future scenario.  Scifi usually has this as a base on which other features are added i.e space battle, aliens, strange phenomenon etc to build the narrative.

In Society Sci-Fi encourages Innovation this can be seen throughout history, for example:

Robotics (Karel Capek 1890-1938 – Invented the name “Robot”, Isaac Asimov 1942 – Wrote the laws of robotics, which is being taught in universities today)

UK Sci-Fi author Iain Banks agrees with the statement that “On one hand genre is just a way for the publisher to shelve things and sell things differently as well”.

He also mentions “I’ve said for years that science fiction is the most important of the genres because it is the only one that deals quite specifically with the effects of change on humans, both on an individual and on a society level”….. “It’s the shock of change that science fiction deals with” Iain Banks interview

Below is a TED talk by Etienne Augé

Etienne states that “Science Fiction is here to Prevent and Invent the future” and that the Central question in science fiction is “What if? And could and should this really happen?”

The Conventions of Science Fiction

– Time: The future, an alternate timeline,  or a historical past that contradicts historical records.
– Place: Outer Space, other worlds, or alternative versions of earth

It allows the audience to see the narrative from a more neutral perspective. This allows the author talk about socially controversial topics without not actually relating it to an existing event or action.

This category usually involves a war against a machine or an artificial intelligence.

These are usually scenarios where there are 2 species and the more intelligent is dominant or trying to become dominant.

These narratives are usually based on an amazing invention.

Exploration movies usually include exploring new and strange worlds, they play on the audiences curiosity and sense of imagination.

These films involve a corrupt government and the character usually makes a stand against them. 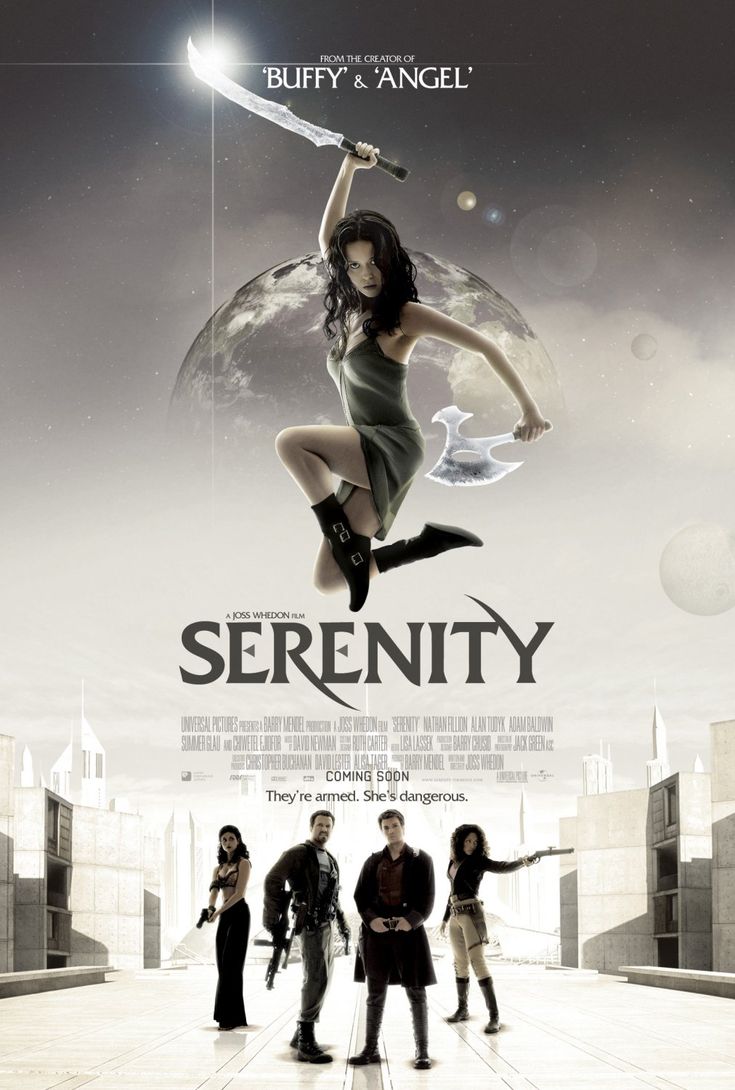 These themes usually contain a perfect balanced society, an apocalyptic wasteland or the last man on earth style theme and show the advantages or disadvantages of such scenario.

Sci-Fi narratives usually contain an obstacle. A very common obstacle example is trying to save the world

The problems are solved based on scientific principles and ideology, in doing this Sci-Fi films often comment on important issues in society.

The obstacles themselves are usually related to the world’s concerns or interests of the current time- e.g global warming
The author plays on the concerns and fears of the audience and as a result, it makes the film more attractive and familiar to the audience.

Futuristic props, costume design and a futuristic set in which it seems technology has advanced beyond our current time.

SciFi relies on the audience believing that what they are seeing is plausible to keep them captivated within the experience. This is achieved by mixing elements of today’s society with them of the imagined future.

Emphasis on showing items from the imagined future sets the film set to a future time.
Use of special Sci-Fi special effects that the audiences are used to helps establish the Sci-Fi nature of the film.

This, in turn, creates a more realistic film that the audience believes. This enhances the technological/ scientific imagination of the audience.

“Iconography refers to those elements which make up the visual aspects of a text” – Communication Cultural and Media Studies Heartley, J 2004

Science fiction usually brings attention to issues of the current time relating to the future.

It usually does this by taking the audience to another time or place to give them a neutral perspective.

Science Fiction is generally the result when an author speculates on future advances or inserts imagined scientific notions into a time where they did not previously exist.

Scifi often strives to open your eyes to new concepts in technology, where humanity could be in future years and it challenges today’s trends, morals and beliefs plus presents valid concerns for the future.

I have chosen to relate these ideas to a piece of media “TRON Legacy 2010” directed by Joseph Kosinski.
This film contains an interesting Science Fiction Narrative, with the plot beginning with a happy father and son scenario.
Flynn (the father) the head of the massive game company ENCOM suddenly disappears with no trace.
The Story is based on Sam’s (Flynn’s son) journey of discovering where his father had disappeared to. Through sam’s journey, he explores and overcomes numerous challenges within the virtual world that his father has been trapped.

The film TRON Legacy (2010) is of the Science Fiction genre.

SETTING – In the opening scenes, the setting is in the present day. Once Sam enters the Virtual World the setting is nothing like our world, it is a digital representation of ours but constructed to be “the perfect system”. The look is very Sci-Fi with art styles reflecting the original game but with modern day aspects.

NARRATIVE ELEMENTS – This Film contains various future elements like digital DNA and being able to enter a digital world.
Alien Cultures – The Iso’s, a perfect humanoid lifeform which emerged by chance within the virtual environment.

PLOT THEME / OVERCOMING OBSTACLES – This Film incorporates a few plot themes together including Hero Vs Villain, Man Vs Machine, Utopian society gone wrong etc. the plot follows the general narrative design which is an equilibrium at the introduction, then the challenge to overcome which is saving his father and Quorra and escaping the out of control program Clue. and finally returning back to an equilibrium in the normal world having saved Quorra. The plot is left open and leads up to believe that now he will go on to save the world with his new discovery.

SYMBOLISM – This film contains an advanced futuristic set (virtual world) and props, which is plausible due to being a digital world.This film also reflects upon the negative side of a leader striving for perfection, the villain character eradicated an entire race of beings because of their imperfections.

FILM TECHNIQUES – The use of well-done computer generations to represent the digital world portrays the Sci-Fi future set feel. The Dramatic, Epic and electronic soundtrack choices also work well with the genre. The Film contains a lot of HUD style displays, neon glowing lines, futuristic designs. explosions and lens flare to portray the desired feel of the piece.

CHARACTER TYPES – This film contains characters consisting of the Hero Sam and along the journey gains two more, sams father Flynn and Quorra. It also contains various Villains notably Clue, the Artificial Intelligence built to reflect Flynn at an earlier stage of his life. There are also the good and bad characters represented in the real world section of the story.

ICONOGRAPHY – The iconography of this film definitely reflects a digital represented future time not close to our own. The use of neon graphics, motorcycles emitting what looks like laser wall trails, futuristic aircraft, when things are destroyed they pixelate representing that the item is of digital origin.

ASKS THE IMPORTANT QUESTIONS – This film has some deeper questions. What could happen if you are constantly chasing perfection not allowing room for change?
Is this / will this kind of virtual experience be possible?
Could human-built artificial intelligence attempt to rise to power? – This also highlights the need for robotic laws ( The Asimov 3 Laws of Robotics)
What is possible in a virtual world?

CHARACTERISTICS – This piece does use Romanticization by framing the digital world as awesome and exciting. It also uses Anachronism as the digital world does not exist in our time but the connection of events to get to that realisation is plausible although not possible in the near future.

“Genre can be explained as the categorisation of media texts according to shared characteristics. Arising from film studies, the term can also be applied to fiction, popular music and television as well as media not usually thought of in generic terms, such as magazines or even news reporting.

Steve Neale (1981: 6) argues that genre can be understood as “systems of orientations, expectations and conventions that circulate between industry, texts and subject” He goes on to say that “genre stands as a means of creating an identifiable product for sale” – Communication Cultural and Media Studies Heartley, J 2004

Genre is used in the gaming industry to categorise games into groups so the potential customers can find and access their products easier. Browsing within the desired category drastically improves the potential sales of the game developers and provides a better customer experience by allowing them to find the style of game they enjoy, find a particular product to purchase, or suggest/upsell products relating to something that they have previously played and enjoyed.

Through my research, I have gained a deeper knowledge of genres, how they function and how they are formed.

Looking deeper into these elements has provided me with more tools to use in future text analysis and also provided me with more resources to use in finding the answers to any questions I may have.
I have also learnt some new aspects in relation to genre conventions, narrative structure, symbolism, iconography and characteristics which prior to this blog I had limited knowledge of.
We have also discussed various techniques and methods authors use to portray certain ideas, feelings and opinions into texts. I hope you have found this post useful and informative and be sure to read more of my work in the future.