The Narrative in PlayerUnderground's Battlefields

In this post, I will be discussing various views on the term narrative, a quick introduction to the game Player Unknown’s Battlegrounds, mine and others professional views on the game, how narrative relates to Battlegrounds and finally a conclusion of my findings.

At the creation of this post, my views of the term “Narrative” refer to the telling of a fictional story. It is a string of events structured together using various storytelling techniques. They are often used to form, shape and captivate the readers experience whilst keeping the reader interested. Good storytelling provides enough detail to convey the imagery the author intended to the reader.

In researching more about Narratives the text “Communication, Cultural and Media Studies by Hartley, J, 2004” has been a great resource, the author defines the meaning of a Narrative to be “a continuous story” containing:

1. A plot which opens with an equilibrium that is disrupted, then suddenly or unexpectedly the actions occur along with a trying experience and ending with a new or restored equilibrium.

2. Choice or Presentation – This refers to the way the story is told. The experience is shaped by the surprises, devices, questions and answers used and this choice or presentation is usually the topic chosen in the analysis of the text.

Narratives communicate the thoughts of the author in both the plot and presentation. They often also incorporate their point of view, beliefs or ideologies. The author usually portrays these ideas through the use of heroes, villains, victims and innocents.

Definition of Narrative – (Communication, Cultural and Media Studies by Hartley, J. 2004 )
Narrative is continuous story. It has two facets. The first is the chain or
plot. Plot tends to move between an opening equilibrium that is
disrupted, precipitating the action that goes through the usual
tribulations, towards a new or restored equilibrium. Or, as the old
Three-Act Play had it: Act One: Get a man up a tree; Act Two: Throw
stones at him; Act Three: Get him down again. The second facet of
narrative involves choice or presentation – the way the story is realised
or told. It is this facet, and the devices and surprises chosen in it, that
are often the focus of textual analysis.
Narratives are understood to reveal the work of ideology and
discourse in both plot and presentation; chain and choice. In the
former, narrative is driven by a series of questions and answers in the
movement between opening and closing equilibrium. Which
character or discourse underpins these questions is often referred to
as the point of view that leads to a preferred reading of the text. The
resolution of these questions will often involve putting forward
dominant cultural beliefs.
In the presentation of a narrative, what types of individuals are
chosen as heroes, victims, villains or innocents may reproduce
common cultural assumptions about such individuals. Accusations of
stereotypes arise in analysis of narrative presentation, especially in
relation to raced or gendered characters. It is narrative’s use of shared
cultural assumptions that leads to the suggestion that all narratives are
ideological.
Narrative analysis is applicable to more than traditional film
practices. It is a central function in photographic images and print
advertising, where the reader of an image is invited to make sense of
what happened before the image was captured and what will happen
after.
Narrative is also applicable to non-fictional genres such as television
news. In a similar way to soap operas, news does not explicitly begin
with a stable situation, but rather assumes there has been one. The
nightly news broadcast can be thought of as presenting the ongoing
disruptions to this presumed equilibrium through the representation of
question and answers. Like other narratives the techniques used in
television news are ‘meaningful because they are conventional rather
than natural’ (Taylor and Willis, 1999: 67). Attention to the narratives
of news reporting reveals that they negotiate cultural values and beliefs
in a way that is directly comparable to fictional narrative.
See also: Discourse, Genre, Myth, Representation, Structuralism
Further reading: Bordwell and Thompson (2001)
Online PDF Link

Now moving on to PlayerUnknown’s Battlegrounds, if you are unfamiliar with it here is a quick summary:

This video demonstrates the workings of the game, the highlights the key advantages over other games and sheds some light on the players experience in relation to this player’s specific narrative of this game.

Now let’s take a look at what the Professionals are saying, Below is a quote from Julie Muncy a professional journalist from Wired

“What makes Battlegrounds doubly fascinating, though, is its utter contextlessness. Battle Royale and most stories like it—The Purge, The Belko Experiment—revel in their commentary, perverting authoritarianism or corporate conformity or celebrity culture into full-on mass murder. Battlegrounds doesn’t have any story to speak of, no justification for what’s happening. Just violence, senseless in the most literal way. What you see there is up to you. Is it an exaggerated critique of the market in the form of an outsized competitive space, where everyone is forced against their will into a zero-sum game? Or something more nihilistic, a Lord of the Flies-esque meditation on the humanity’s intrinsic violence? Like so many videogames, it has a surreal dreaminess that turns it into a mirror, a nightmare waiting to be psychoanalyzed.

Also like so many videogames: it never insists on any of those readings. It lets you have your violent nightmare guilt-free, if you want it. And if the sales numbers are any indication, a lot of people do.”

And here I have summarised what Christopher Darling, Journalist for CultureOfGaming.com has to say about the game.

Has written an interesting blog in regards to narratives in Battlegrounds. He purchased the game knowing that there was no real storyline to the game and only purchased it to play with a friend of his. Although Christopher usually prefers story-rich experiences with a guided campaign. To his surprise, he enjoyed the game and went on to note that he believes it is the individual player’s creation of their own narrative throughout the game that makes it so good.

The PUBG narrative has been left wide open so that the players can create their own war stories with the option of team play. Each player will experience their own exciting and suspenseful adventure based on the game choices that they make.
He describes a war story experience that he had with his friend which portrays a great example of what his in-game experiences were like. The game feel is generally one of high tension with a balance of alertness and strategy as you both need to keep on guard for unknown enemies and adhere to the game dynamics forcing everyone closer and closer together.
He enjoyed it so much he went as far as to say the stories created are “Movie Material”

PUBG is more a game of hunting rather than fast-paced action, you need to keep calm to be able to effectively overcome the challenges presented.
I recommend you read Christopher Darlings Blog Post as he goes into deeper detail about his personal player experiences and opinion on the game.

Now back to the main topic What does Narrative Mean in relationship to PlayerUnknow’s Battlegrounds? In my opinion, the beauty of a gaming style like this is that the narrative within the eyes of the player varies game to game. The user experience is designed to allow the player to experience their own narrative based on the strategic choices which they decide to make within the game. Adding rules like a closing effective game area, a fixed population of 100 players, a time limit and only 1 life create gameplay behaviours which in term create an experience which portrays the feeling of anxiousness, stress, and touches on survival instincts to ensure the player’s survival as they only have one chance. This along with the multiplayer features evokes an emotional attachment and investment to the game and the strategy they have planned to accomplish.

Through my explorations in both PlayerUnderground’s Battlefields and the deeper definitions and explanations of Narrative, I have developed a deeper understanding of the term and applied it to the game. The game in its own way does absolutely follow the defined narrative structure as Hartley mentioned. The Equilibrium of no war at the beginning, then the tactical and multiple life-threatening challenges that the player must overcome in order to survive, to the ending equilibrium if they do succeed.
The game becomes addictive due to the challenging scenario, players investment into their single life character, the competitive nature, the hunt or be hunted instincts and everyone’s drive to succeed in hope of the ultimate victory.
This allows for some heart-pounding adrenalin loaded experiences to be had is no doubt a place to find new experiences like this game after game. 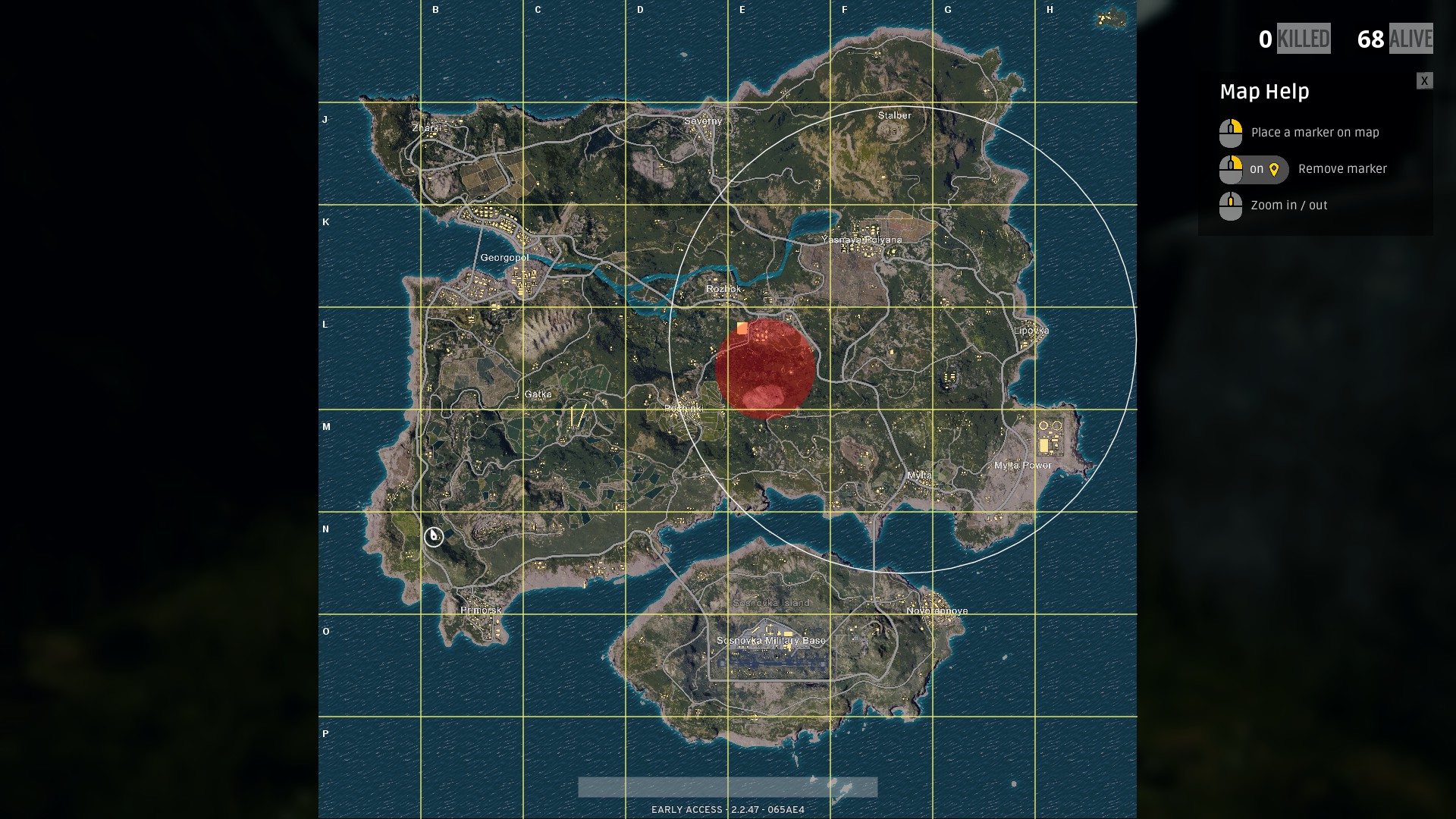